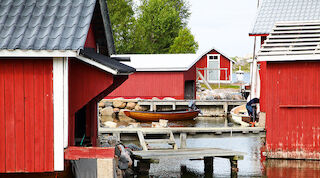 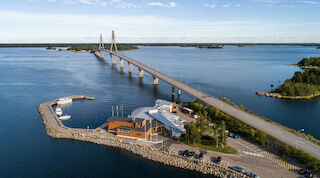 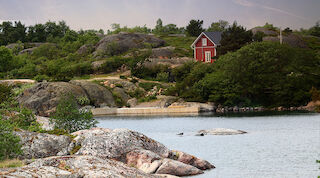 Finland's Baltic coastline, extending from the border with Russia in the southeast to the Swedish border in the northwest, is fragmented by some of the world's most beautiful archipelago scenery.

Explorations of the fabulous southwest archipelago - by bike, by car, by boat and even on foot - often start from the former capital of Finland, the history-packed harbour city of Turku. In addition to its lively bars and riverside restaurants, the city contains some of the country's most significant historic monuments, such as the 14th century cathedral, the 13th century castle and the Aboa Vetus & Ars Nova museums. A prime family attraction is the Moomin World theme park on a small island near the town of Naantali, where children can encounter all the characters of Tove Jansson's Moomin tales.

The Archipelago Trail, especially popular with cyclists, starts and finishes in Turku, connecting dozens of islands by means of local ferries. Also increasingly popular is the Finnish section of the St Olav Waterway pilgrimage trail, a link in a route between Turku Cathedral and the cathedral at Trondheim in Norway. The islands all along the coast are popular with nature enthusiasts, not least bird-spotters.

Further north, the city of Vaasa is conveniently placed for visits to the Kvarken Archipelago, a UNESCO World Heritage listed natural attraction, comprised of islands that are gradually, over many years, forming a land bridge between Finland and Sweden. Other pleasant coastal towns along the coast of the Bothnian Bay include Pori with its annual jazz festival and Rauma with its charming old wooden town.