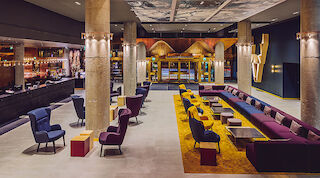 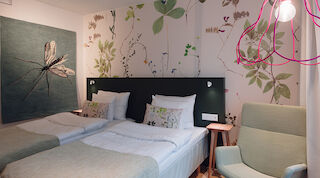 The renovation of Original Sokos Hotel Presidentti has been completed

The renovation of Original Sokos Hotel Presidentti, located in the center of Helsinki, has been completed. The legendary hotel has undergone a considerable transformation during the two and a half-year long renovation period, from which the Presidentti has emerged a storytelling experience-rich hotel.

Designer Paola Suhonen of Ivana Helsinki has created five different themes for the hotel's various floors where Finnish phenomena – Sisu (a word used to typify the Finnish spirit), Tranquility, Fairytale Forest, Midsummer and Winter Storm – come to life in surprising ways. The hotel rooms feature unique design elements, such as textiles, hand-tufted rugs and themed wallpapers. To mention just a few – you can see a tiny seal pup peeking at you from the rug in the Tranquility-themed room, and find the seven flowers connected to a local magic ritual on the cushions of the Midsummer room.

Along with the change of style, the rooms have undergone extensive structural changes; the room windows, doors, piping, lighting and air conditioning have been completely refurbished.

"Our entire staff is proud of the new Presidentti. I am particularly pleased to find how much customer satisfaction has improved. The hotel's experience-rich rooms and soundscapes, in particular, have been highly praised by our customers. And with our selection of multiple room themes, you can have a different hotel experience with each stay," Hannele Laurila, General Manager of Original Sokos Hotel Presidentti, explains.

Also the hotel lobby, restaurants, banquet- and meeting facilities have been revamped. The Bistro Manu has complemented the hotel's restaurant offering with a masterly touch already for a year. Manu's cabinets, suitable for smaller gatherings, such as Kivi (for 18 persons) and Kuru (for 10 persons), provide atmospheric settings for everything from lunch parties to business dinners and family celebrations.

The conference area at the Original Sokos Hotel Presidentti welcomes guests with a relaxed portrait of President Urho Kekkonen, who inaugurated the hotel in 1980. The country's other Presidents are equally strongly represented in the freshly renovated meeting- and banquet facilities.

The hotel's 370-seat auditorium can now also be transformed into a private motion picture theatre, the Cinema Pressa. Cinema Pressa, which is aimed at corporate groups, offers a wide selection, consisting of both domestic and foreign screen novelties, often before the official premiere.

"As a last step in the lengthy project, we updated our breakfast restaurant and the interior of the Sylvi hall, thus giving the entire building a stylish update," Laurila states.