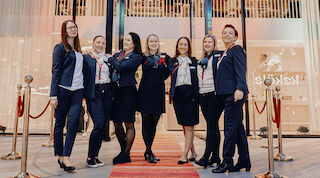 Sokos Hotels was ranked the best in employer image rating in Helsinki region in early 2020.

Sokos Hotels has the best employer image in Helsinki region

Sokos Hotels and Scandic Hotels shared the number one position in the survey. Radisson Blu was ranked as number 6 and Sokotel as number 10. Overall hotels ranked above restaurants. Sokos Hotels was also the top improver, rising from number five in year 2018 to number one. On a scale from 4 to 10 Sokos Hotels average ranking was 7,9.
Sokos Hotels received the most open, spontaneous mentions as the best place to work. Examples of reasons why included good feedback from current employees. Sokotel was characterized for example as "a good employer where everything works smoothly and where I can work flexibly in different locations".
Working ambiance and leadership were among the most important contributors to a good employer image. Equal treatment of employees, employee well-being and employee rights were mentioned as significant in open comments. Increasing share of diverse cultural backgrounds was also visible in survey responses.
"We're happy to see that students are interested in all the hotel chains operated by S-group. Our employees get to create happiness in an international environment. We're always hiring and have open positions as we speak", says Jennie Stenbom, Senior Vice President of human resources at SOK business units.
The survey was conducted in Haaga-Helia University of Applied Sciences, Stadin Ammattiopisto vocational school and Perho Culinary, Tourism and Business College in January-February 2020. The number of survey respondents was 157. Typical respondents had been studying hospitality and restauration for 1-2 years and had less than 3 years working experience. The survey has been previously conducted in years 2016 and 2018.