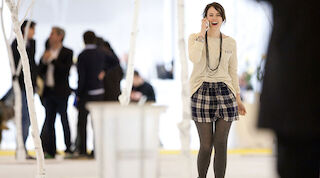 News from the S-Group's tourism- and catering divisions

The S-Group's hotel network reforms are continuing. Renovations have started at Jyväskylä's Original Sokos Hotel Alexandra. The extension of Break Sokos Hotel Flamingo will hold more than 200 new hotel rooms. In Turku, the renovation of the Radisson Blu Marina Palace is completed and half of the Original Sokos Hotel Presidentti's rooms already feature Finnish phenomena.

S-Group restaurant chains are also being upgraded and new business ideas are emerging. Out of the existing chains Amarillo and Coffee House are up for make-overs. In Helsinki, new restaurant VENN opened in April, with a sister restaurant in Vaasa opening in the summer.

As of April, the chains loyal business travellers, the S-Card holders, have via their smartphone or computer been able to check in electronically at any Sokos Hotel in Finland. During the course of the year, a check-out service will also be made available online.

The range of conference catering is expanding at Sokos Hotels. Versatility is everything, both when it comes to conference lunches as well as coffee breaks. This will ensure conference guests stay alert for hours to come.