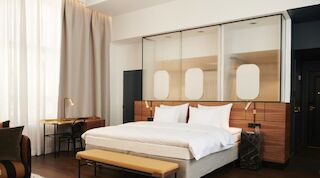 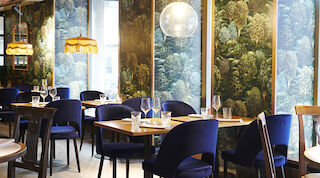 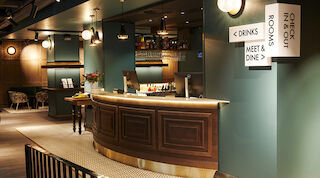 Solo Sokos Hotel Helsinki opened on May 10th on the corner of Kluuvikatu and Yliopistonkatu, in the very heart of Helsinki. The new era of Hotel Helsinki, originally completed in 1930, draws inspiration from the colours, atmosphere and details of the capital.

During the 1.5-year project, all 207 rooms, restaurants and public areas were renewed, the hotel received new stylish facade lighting and the property underwent a major renovation. In addition, a spectacular party and event space for up to 200 people was created.

Two new restaurants are located on the street level of Hotel Helsinki. Pauli's Pizza & Grill will be serving pizzas until late at night, and Bar HKI will be open around the clock. In summer, guests will be able to enjoy the terrace under the linden tree at the corner of Kluuvikatu and Yliopistonkatu.

- Hotel Helsinki will follow the internationally popular trend, where the hotel's restaurants and reception form a coherent whole, allowing you to order a beer at the same counter where you check in to the hotel. Our newest Solo hotel is ideal for both tourists and staycations, says Area Manager Satu Näsärö.

The hustle and bustle of the city and Helsinki's restaurant culture

Hotel Helsinki was opened in 1930 in connection with the commercial building of the Finnish Savings Bank. Once completed, it was the first large hotel in Finland. The classical style building was designed by architect Pauli E. Blomstedt. In the new Solo Sokos Hotel Helsinki, the hotel's restaurant, Pauli's, and event space Blomstedt, have been named after him. Over the years, Hotel Helsinki has gained more space, and today the entire building is in the hotel's use.

Residents of Helsinki have memories of the legendary Helsinki Club, which served as "Hesari's" nightclub from the 70s to the 2010s. The former banking hall has been transformed into the stylish party and event space Blomstedt, particularly suitable for parties, seminars and other events for up to 200 people.

Rooms and corridors have been designed by the design studio KOKO3. The street-level restaurants and lobby, as well as the event space Blomstedt's interior design have been created by Promakers.