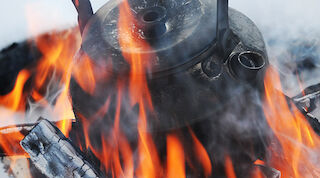 Eight Seasons: The changing of the seasons in Lapland and Levi is dramatic and distinctly noticeable. Lapland's main seasons are spring, summer, autumn, and winter that lasts for around half a year. Wintertime also includes the twilight period that lasts a few months; a time when there is no real daylight as the sun stays below the horizon.