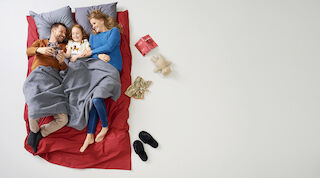 Reward night best way to use your S Points

S-Card reward night paid with S Points is the most rewarding way to take advantage of your S Points. Book a reward night now and enjoy a relaxing hotel holiday!

The reward night is paid in full with S Points and is available for leisure travel. A reward night includes accommodation and breakfast for two people. You can book a reward night for yourself but also for your loved ones to whom you want to offer a comfortable night at the hotel.