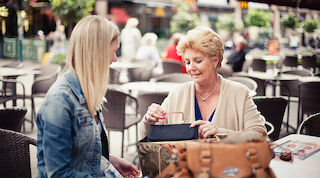 Cooperation with schools in Mikkeli

Original Sokos Hotel Vaakuna in Mikkeli engages in close cooperation with the town's schools. The hotel is happy to be involved in thesis and diploma work, and offers trainee positions to students at the hotel.

The hotel has given a hotel room as a working space for two young and enthusiastic promising individuals. They are designing and implementing an online game in the room. Additional support has been received from the Koillismaan Nuorten Leader programme, which provides funding for young people's own projects.

Mother and child handicrafts at Sokos Hotels in Jyväskylä

Sokos Hotels in Jyväskylä support a handicrafts (mother-daughter) group for people with limited means.   The mother-daughter engages in, for example, handicrafts and hiking.  TeamPlanet provides instructions for the innovative group.