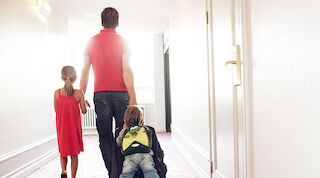 In 2013–2016, S Group will participate in the construction of a Children's Hospital serving the whole of Finland with a total of one million euros. In addition, S Group challenges the two million Finnish co-op member households to collect another one million euros for the hospital! Donate the sum of your choice to the  digital  donation box – even the smallest donation is important.
http://lipas.uls2017.fi/s-ryhma

The Mannerheim League for Child Welfare (MLL) has been S Group's nationwide partner since 2004. With the help of S Group, MLL has developed models to support parents, including Internet and telephone services.
www.mll.fi