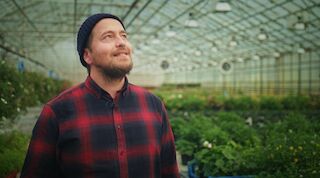 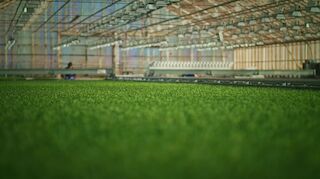 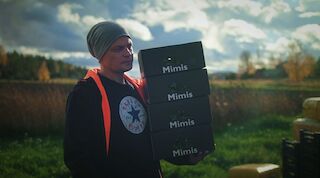 The operations of Kotipellon puutarha started in 1997 with cucumber, and in 2009, they started to produce special lettuce types and later shoots and edible flowers. Entrepreneur Niko Honkanen is one of the owners and the 'face' of the garden. Present at the meeting was also Pasi Kuronen, who is in charge of product development regarding the use of flowers, herbs and lettuces in cooking. They both have close relations to the restaurant world: most of Niko's friends are chefs and cooks, whereas Pasi has more than 20 years of experience in kitchens, where he has worked as a chef, manager and entrepreneur. "It is important to be close to the field so that you know what is going on and where," Niko Honkanen says. Mimis products are mostly made for restaurants, but they are also available at retail stores.

Mimis started its operations with three varieties, but today there are more than hundred. At first, the company only employed three people, and today they have 24 employees. The name Mimis was selected based on the will that it would not mean anything in any language, as the company has always intended to become international. "However, we have found out that Mimis means 'ear' in Japanese," Honkanen says with a laugh.

The company is known in several countries around the word, such as Sweden, Hong Kong, Iceland and Denmark. People abroad have a great deal of respect for a Finnish company that grows all its products in Finland. Standard produce manufactured in Finland are often cleaner than European organic produce. In many countries, Mimis products are used by Michelin restaurants, such as Restaurant Frantzén in Sweden. The popularity in the restaurant sector has demanded a great deal of work, but it has paid off: today, the demand is high and many restaurants request that the company develops customised products for them. A signature salad mix is also being developed for Gunnar.

All Mimis products are grown in Finland and are harvested and packed manually. The products are guaranteed to be pure and high quality, which is ensured by using Finnish peat, clean water and professional manufacture methods. Mimis wants to develop new flavours and varieties that offer the customers breath-taking taste experiences. In the discussion, it is often brought up that it is the staff's priority to create products that have taste: "It's useless to create something that tastes like nothing," Pasi Kuronen states. The flavours of the shoots remain in the mouth for a long time, and several varieties become hot discussion topics. "This is exactly what we want; to create impressions and sensations for the customers," Honkanen says. The company is also constantly developing new products and flavours. Honkanen admits to being a restless soul, who wants to get started right away: "If I get a new idea, it needs to be growing within two weeks; I'm just unable to wait," Honkanen laughs.

The Friends of Gunnar and the Restaurant Manager were delighted after having tasted the products. The product development aims to ensure that the herbs are not just beautiful decorations: taste comes first. For example, an acidic element can be left out of a dish and replaced with an herb. Sorrel is Honkanen's own favourite. "This goes beautifully with ice cream or can be used in a drink or as a salad mix base."

"Reminds me of my childhood. Oh, this tastes wonderful!" both Kivirinta and Paula Stam praise the herb. When tasting the world's best mustard, curled mustard, the praise keeps coming: "This has such a great texture, it is so crispy you really need to use your teeth," says Friend of Gunnar Hanna Koivikko. Sorrel will probably be one of the elements on Gunnar's signature salad mix and curled mustard another, but the third element, providing some softness and colour, is still under consideration. There are many great products, such as rocket that is harvested young. It is not at all bitter, but perfectly soft and moist. It also contains only a trace of the nitrite content of regular rocket. Honkanen also praises some specialties, such as liquorice herb and the beautiful, maritime oyster leaf.

Ecology means a great deal to the garden

Ecological materials are valued in the garden. The greenhouses are heated with oat hull powder and they use as little plastic as possible. In the early stages of the company operations, they used plastic pots in the garden, but the large amount of plastic waste soon became evident and the pots were replaced. The plastic used in the garden has been made of recycled plastic. The company does not throw anything away, everything is reused. Surplus herbs are dried and made into herb salts and herb dust. "These could be used in Gunnar, too!" Kivirinta enthuses. All waste is used on the fields of local farmers. Additionally, new innovative growth methods are constantly developed. For example, some of the herbs are now growing on the roof of Uusikaupunki fish farm, utilising circular economy.

"The future is filled with possibilities," Niko says with a glint in his eye.