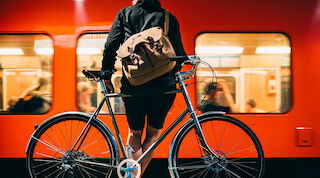 It is even easy to get to the hotel from Helsinki now when the West Metro began services also to Tapiola. In Helsinki, it will be easy to transfer from a long-distance train to the metro, and in 14 minutes you will arrive at Tapiola's cultural landscape. Tapiola's metro station is located 100 meters from our hotel.

For example from Kamppi or from the Helsinki Central station there is a direct entry to the metro. Choose the metro line Matinkylä or Tapiola. The correct stop to get out of the metro is called Tapiola. The metro ride takes about 15 minutes. When geting out of the metro head to the direction of the white EMMA statue (signs for Länsituuli, pears 1-7) and take the escalators all the way up. When you get out of the shopping center turn right. Original Sokos Hotel Tapiola Garden is visible right after the shopping center AINOA.

The metro connection enables also convenient transport to entertainment and cultural activities in Helsinki during your stay.