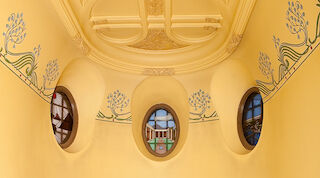 Solo Sokos Hotel Torni is one of the oldest hotels operating continuously in Helsinki. When Hotel Torni was opened in 1931, everything about the hotel was new and wonderful – it was a symbol of a new and better life.

The hotel has gone through colourful stages with the war time, international diplomacy, esteemed guests and time-honoured hotel culture. Solo Sokos Hotel Torni has been visited by the royalty, statesmen, businessmen, authors and artists. The famous guests of Torni have included Jean Sibelius, President Hoover of the U.S.A., F.E. Sillanpää and Mika Waltari.

During the second world war, the hotel was first occupied by international journalists. Many countries, Great Britain in particular, realised the potential of Hotel Torni as a centre for espionage.

In 1944–1947, the Russian delegation of the post-war Control Commission took lodgings at Torni. After the Russians left, the so-called "Knights of Torni" tradition was established. Still today, the Knights of Torni assemble each year at the hotel, wearing their festive cloaks.

After the war, Hotel Torni's kitchen flourished and new experiments took place. However, in the 1960s the development slowed down and the building began to deteriorate. In 1972, Torni was rented out to Helsingin Osuuskauppa. The building has been renovated a couple of times. The last renewal was completed in 2006. When renewing the hotel, its history, original style and position as a frontrunner have always been kept in mind.

The Control Commission or espionage operations are no longer present at Torni, but important decision-making still takes place at the hotel and the Restaurant Torni still represents the very peak of gastronomy. Solo Sokos Hotel Torni is constantly renewed to keep up with the times, and new services are regularly introduced. Above all, Solo Sokos Hotel Torni is a classic that keeps up with the times, with a unique atmosphere, the spirit of Torni, present every day.