Issues with searching and editing reservations 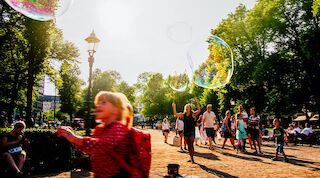 Things to do in Helsinki

Our staff recommends the following places in Helsinki:

Presidentti cannot but recommend visiting Marshal Mannerheim's old villa in the Kaivopuisto area of Helsinki. Mannerheim lived in this beautiful house for over thirty years. The villa, maintained in its original state, has been a museum depicting Mannerheim's life and Finnish history since 1951. Join a guided tour and get the most out of your visit.

Continuing the presidential theme, the next stop is the Tamminiemi Villa. The villa has served as the official residence of three of our presidents: Risto Ryti, Carl Gustaf Mannerheim and Urho Kaleva Kekkonen. During Kekkonen's time in office, Tamminiemi became an actual concept in politics and language. Located in a beautiful spot on Seurasaarentie, the museum is preserved as it was in the time of Kekkonen in the early 1970s.

Take a short walk through the culturally and historically significant Hietaniemi Cemetery.  Not only is there a reverent and beautiful atmosphere, but many notable people are buried there and many of the headstones have been made by famous sculptors.  It is the final resting place of artists Hugo Simberg, Helene Schjerfbeck, presidents Mannerheim, Ryti, Paasikivi ja Kekkonen, as well as poets Eino Leino, Olavi Paavolainen and Saima Harmaja.

Presidentti is very close to Temppeliaukio, the Church of the Rock. The Church is a great place to drop in and gather your thoughts while getting to know the sights of the Töölö neighbourhood. In the mornings, sunshine streams in through the windows that circle the church at ceiling level, lighting the altar wall where an ice-age fissure in the rock acts as the altarpiece. The church was designed by the architects Timo and Tuomo Suomalainen.

The shopping centre Kamppi is not to be missed when staying with us. The newest shopping place in Helsinki offers a diverse selection of clothing, shoes, toys, interior design and sporting goods, as well as ethnic and Finnish restaurants. You can find many international brands, including Björn Borg, Calvin Klein, Guess, Marc O'Polo, Polarn och Pyret and Timberland.

SOMETHING FOR THE WHOLE FAMILY

The family's younger members will love the Natural History Museum, which can be seen right from our main door. In front of the museum there stands a sturdy moose welcoming visitors and from the balcony curious giraffes peer onwards.  Inside, find exciting skeletons and a vast array of animals in their amazing habitats. Between the museum's walls scurry their famous spiders, not found anywhere else in Finland. Luckily, they don't usually show themselves to visitors.

Helsinki Central Library Oodi is a living meeting place at Kansalaistori square, right at the heart of Helsinki.
Oodi provides its users with knowledge, new skills and stories, and is an easy place to access for learning, story immersion, work and relaxation. It is a library of a new era, a living and functional meeting place open for all.
Learn more from Oodi

THE REIGNS OF POWER

Parliament House is right next to us, so go and have a look where the decisions are made. The public can follow all of the parliament's full sessions from the public gallery, which is situated to the right of the main staircase of Parliament House. Design by J.S.Sirén, the building was completed in 1931 and represents 1920s classicism.  The interior of Parliament House follows the building's inner hierarchy: the more important the function, the more splendid the décor. From the steps of Parliament House you can see Töölönlahti as it develops with its numerous buildings of cultural interest.

The Parliament Annex, or "Little Parliament", has a park that is well worth visiting in summer to enjoy the sun, the company of Helsinki residents, not to mention cold drinks.